Everything you’ve wanted to know about bowel cancer 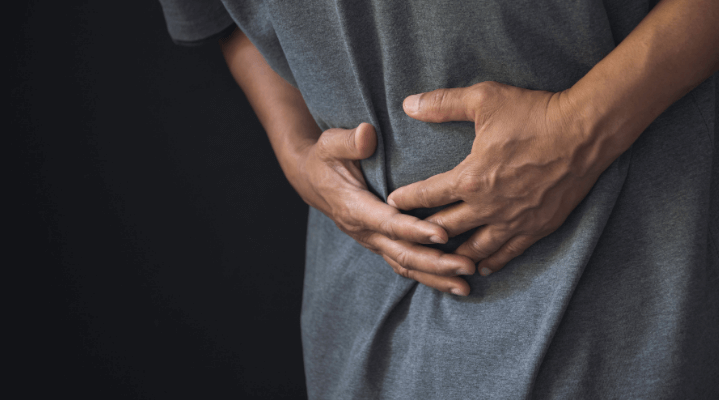 Many people find it difficult or embarrassing to talk about their bowels and bowel habits, but despite it not being spoken about in public very much, bowel cancer is more common than you might think.

Every year in Britain, around 42,000 people are diagnosed with bowel cancer, making it the third most common cancer in the UK.

Mr Alexander von Roon is an expert in colorectal surgery and cancers. He gives his insight into signs, symptoms, diagnosis and treatments for bowel cancer.

What is bowel cancer?

If bowel cancer begins in the colon, it’s sometimes referred to as colon cancer, and if it begins in the rectum, it can be called rectal cancer. 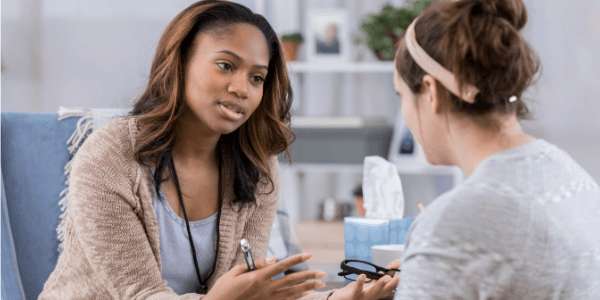 What are the signs of bowel cancer?

A common symptom of bowel cancer is a sustained change in your bowel habits. This means that you regularly open your bowels more or less frequently than is normal for you.

Other common signs of bowel cancer include:

These symptoms don’t necessarily mean you have bowel cancer, as they can all be caused by other, less serious conditions. But if you’re concerned, and your symptoms cannot be explained by anything else or they don’t disappear, then it’s best to speak to your GP or another medical professional.

Sometimes, bowel cancer has no symptoms, and instead it’s detected during a scan for something else, or as part of the NHS National Bowel Cancer Screening Programme. This programme offers bowel cancer screening tests to all those living in England aged between 60 and 74, every two years. (In Scotland, these tests are offered to anyone aged 50 to 75 years old.) 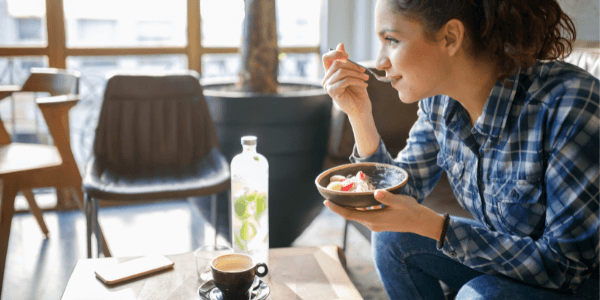 The exact cause of bowel cancer is still unknown, but doctors do know that there are certain risk factors that can increase the risk of someone developing bowel cancer. These include:

These risk factors don’t mean that you’ll necessarily develop bowel cancer, but they may increase your risk of developing the condition.

Why it’s important to talk about your bowels

Because most people find it uncomfortable talking about their bowels, even to their doctor, patients with bowel cancer may only talk to their GP when their symptoms become more severe. This can mean that bowel cancer is caught much later.

Men in particular are at risk of getting a later diagnosis of bowel cancer due to their bowels being a difficult topic of conversation.

The old saying that prevention is better than cure is definitely true for bowel cancer. Around one third of people develop small benign growths called polyps in the lining of their large bowel by the age of 60.

Although most of these polyps will remain small and benign, some grow and progress into bowel cancer. There is now very good evidence that removing polyps during a colonoscopy significantly reduces the risk of developing or dying from bowel cancer in the long term.

That’s why the UK National Bowel Cancer Screening Programme tests people’s stools for blood every two years. A positive test can be a sign of polyps or cancer in the bowel that are not causing symptoms yet. 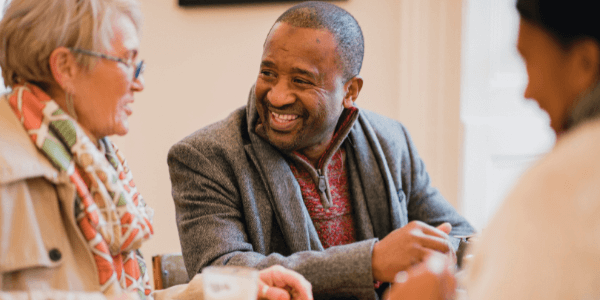 How is bowel cancer diagnosed?

If you have symptoms of bowel cancer and you visit your GP, you may be referred to a specialist colorectal cancer doctor. Either your GP or your specialist will arrange a test called a FIT test (Faecal Immunochemical Test).

The FIT test can be completed at home with a faecal sample that you then send to a laboratory in a specially designed envelope. The test is simple and includes easy to follow instructions. It looks for the presence of blood in your stools, which can be a sign of bowel cancer.

If the test finds blood in your stools, your doctor will arrange for you to have a procedure called a colonoscopy. This involves a specialist doctor passing a long, thin camera into your back passage and into your large bowel so that they can look for the presence of polyps.

Polyps are small, fleshy lumps that can form on the lining of the large bowel. They can be cancerous or benign (non-cancerous). If your doctor sees the presence of minor polyps, they may remove them during the same procedure and a small sample will be sent to the laboratory for testing. These tests will tell your medical team if your polyps are cancerous or not, and if so, will help them to advise the best course of treatment.

If you have numerous or large polyps, your doctor may use a tattoo procedure to mark where the polyps are before removal, so that the area can be identified should you need further treatment.

If your doctor suspects that you may have bowel cancer, they may also perform further CT or MRI scans of the chest, abdomen and pelvis to look for the presence of further tumours indicating that the cancer may have spread.

Some people with bowel cancer may not have any symptoms, and they may be diagnosed as part of the NHS National Bowel Cancer Screening Programme. This test is similar to the FIT test in that you produce stool samples at home and send them to the laboratory in a specially designed envelope.

If this test detects the presence of blood, you will be invited for a colonoscopy. The presence of blood in your stools doesn’t necessarily mean that you have bowel cancer. It can be a sign of benign bowel polyps or inflammation.

If bowel polyps are caught early and removed during a colonoscopy, then bowel cancer is preventable. However, if it isn’t caught early enough, there are various treatments you can have depending on the stage of the cancer.

The lower the stage of bowel cancer, the better the long-term outlook and the higher the chance that treatment will be successful.

Bowel cancer can spread in three ways – either via the lymphatic system, the blood or by a bowel cancer tumour physically growing into nearby organs. The most common organs that can be affected are the liver and the lungs. 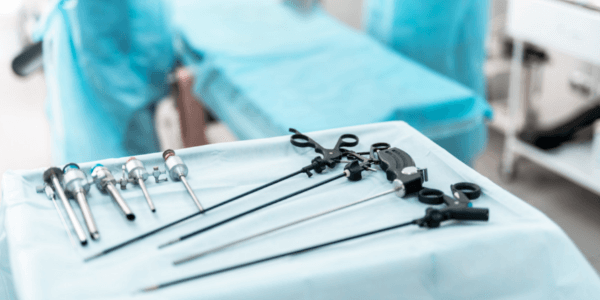 What are the treatment options for bowel cancer?

There are various treatment options for colon cancer. Your specialist medical team will discuss your options with you, depending on the stage of your colon cancer and your personal circumstances.

In most cases, early colon cancer (stages I and II) can be treated with surgery to remove the cancerous tumours and a small piece of the lining of the colon. If the cancer has spread deeper into the lining, it may be necessary to remove a section of the colon in a procedure called a colectomy. The two remaining ends of the colon are then surgically joined together.

This kind of surgery can be carried out in one of three ways:

Keyhole and robotic surgery often mean that patients can leave hospital sooner and will recover more quickly than if they had open surgery.

Rectal cancer, as opposed to colon cancer, is treated differently as the rectum sits within the pelvic cavity, rather than the abdomen. The rectum sits closely to the urinary organs, genitals, blood vessels and bones which can affect treatment.

An MRI scan will show if any tumours are close to these organs and tissues. If so, then radiotherapy, or a combination of radio- and chemotherapy may be given to shrink the tumour before surgery.

Will an ileostomy or colostomy be required?

Depending on the stage and location of any bowel cancer tumours, if a section of colon is removed, sometimes the bowel requires a rest whilst the two ends that have been joined together heal.

Sometimes, if a rectal tumour is very low or a patient has other illnesses that make them less fit for surgery, it’s not possible to join the bowel to the back passage and a permanent colostomy has to be performed. In these cases, patients will be cared for by a specialist team of stoma nurses. 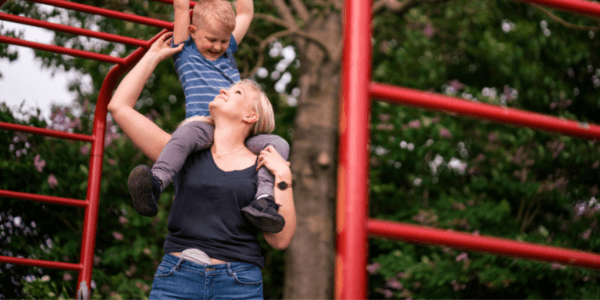 What is the recovery from bowel cancer surgery like?

In most cases, you will stay in hospital for between three and five days after keyhole or robotic surgery for bowel cancer. If you require an ileostomy, you will be shown how to manage it at home until the procedure can be reversed.

It takes on average around three to seven days to get used to caring for a stoma bag but care will be provided throughout. After the procedure is reversed, you may experience a permanent change in bowel habits, meaning that you may need to pass stools more frequently and with more urgency than before.

If you require chemotherapy, then your medical team will advise you when this will start, how long you may need treatment for and how often.

What chance do I have of recovering from bowel cancer?

The chance of survival from bowel cancer is related to what stage the cancer is at when you are diagnosed.

After surgery and chemotherapy, you will enter a five-year period called ‘surveillance’, where you have six monthly or annual blood tests and CT scans. This checks for any sign of the cancer coming back.

During this surveillance period, doctors tend not to say that you’ve been ‘cured’ of bowel cancer. But if the cancer has not come back after five years, doctors can be more certain that you have been cured, and the surveillance is then discontinued.

As a general rule, if you survive bowel cancer for five years without it recurring, you also tend not to have it recur between five and 10 years after treatment. 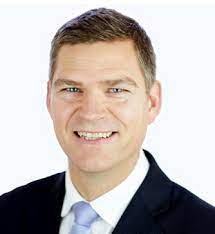 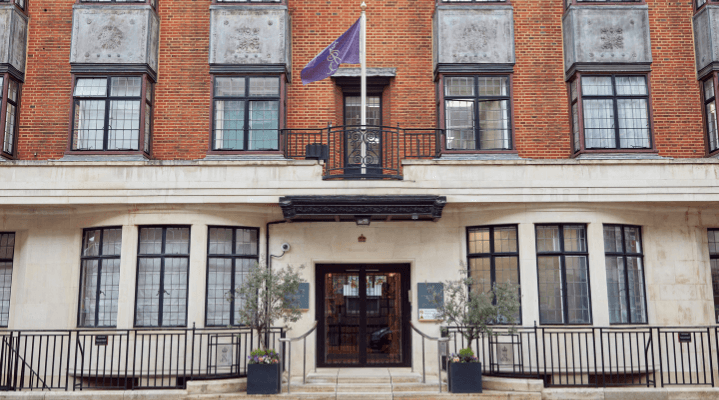