The womb, also known as the uterus, is a pear-shaped organ in the female reproductive system that holds the baby during pregnancy. The lining of the womb is called the endometrium, and cancer of the endometrium (endometrial cancer) is the most common form of womb cancer.

What is endometrial cancer?

Endometrial cancer occurs when the cells in the womb lining, begin to mutate and grow in an abnormal way.

What are the symptoms of endometrial cancer?

Abnormal vaginal bleeding is the most common symptom of endometrial cancer.

If you have gone through the menopause, any vaginal bleeding that occurs should be considered unusual and this post menopausal bleeding is the commonest symptom in endometrial cancer

Bleeding in between periods or heavy irregular periods can occasionally be a symptom too.

Endometrial cancer generally occurs in older women and has increased significantly in recent years because it is much more common on obese women. There is an association with Diabetes and high blood pressure.

Oestrogen levels are higher in significantly overweight patients leading to the stimulation of the endometrium to form hyperplasia. This can, in some people, progress into cancer.

Some people have genetic abnormalities the commonest of which is Lynch Syndrome.

How is endometrial cancer diagnosed?

If you have been experiencing any of the symptoms listed above, you should see your consultant.

Your consultant may do an internal examination of your vagina. In order to confirm whether you have endometrial cancer, you may also undergo:

How is endometrial cancer treated?

The way endometrial cancer is treated is dependent upon the stage of cancer and your general health.

A hysterectomy (surgical removal of the womb) is the most common treatment for endometrial cancer. The fallopian tubes and ovaries will usually be removed as well. This is called a bilateral salpingo oophorectomy.

This operation should be done through keyhole surgery if possible as recovery is quicker than through a large abdominal incision.

A hysterectomy is usually an effective cure for early stage endometrial cancer, but does of course mean that it will be impossible to become pregnant afterwards

Your consultant might also recommend that you undergo chemotherapy, radiotherapy or hormone therapy in addition to a hysterectomy once all the tissue removed has been analysed.

If you’re unsure what treatment you should go for, or the above treatments don’t work for you, our team of expert specialists are here to help.

Get the expert diagnosis you need to move forward with your recovery, without the wait.

For more information or to make an appointment: 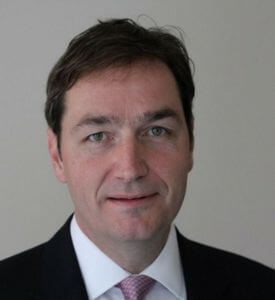 Mr Alan Farthing is a gynaecologist who specialises in complex surgery.

If you suspect you have endometrial cancer and you’re seeking an expert opinion, you can find the UK’s leading gynaecology specialists here at King Edward VII’s Hospital. Our consultants are hand-picked for you, making it easy to access the best possible care.