The colon, also called the large intestine, is where water is removed from stool after all the nutrients have been extracted. Colonic polyps are small growths that can develop within the colon, on its lining

What are colonic polyps?

It’s possible that you can develop one or multiple colonic polyps. Polyps are important because they have the capacity to grow into colorectal cancer. Colorectal cancer is the third commonest cancer in the UK and the second commonest cause of death from cancer, but it is entirely avoidable if polyps are found and removed before they turn into cancer.

What are the symptoms of colonic polyps?

It’s possible that colonic polyps present no symptoms, so you might not be aware that you have them. If you do present symptoms, they may include:

How are colonic polyps diagnosed?

If you have been experiencing any of the symptoms listed above, you should speak to your consultant. However, because colonic polyps often present no symptoms, it’s possible that they will be identified during a standard screening test such as a stool test looking for the presence of blood (called a FIT or faecal immunochemical test). Colonoscopy is the definitive way of diagnosing polyps, although there are other ways such as with a CT scan or a camera pill.

How are colonic polyps treated?

If your consultant finds that you have colonic polyps, the usual treatment is to remove them. This is done during a colonoscopy, where a flexible camera is inserted into your bottom. Removing polyps is largely safe, and completely painless, although as the colonoscopy itself can be uncomfortable you will be offered a sedative and painkiller if you wish.

You and your consultant can further discuss which treatment option would be best for you.

If you’re unsure what treatment you should go for, or the above treatments don’t work for you, our team of expert specialists are here to help.

Get the expert diagnosis you need to move forward with your recovery, without the wait.

For more information or to make an appointment: 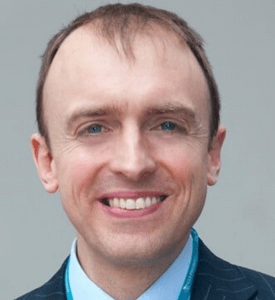 Dr Edward Seward is an established gastroenterology specialist at King Edward VII’s Hospital and was appointed Director of Endoscopy at UCLH in 2019.

If you suspect you have colonic polyps and you’re seeking an expert opinion, you can find the UK’s leading specialists here at King Edward VII’s Hospital. Our consultants are hand-picked for you, making it easy to access the best possible care.