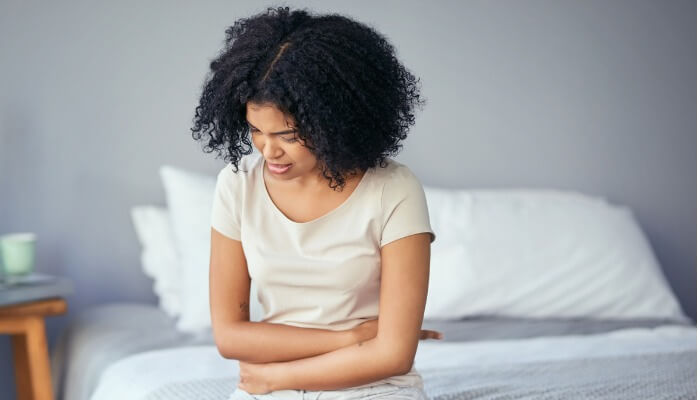 Four in five (80%) women have delayed seeking help for symptoms such as debilitating pain, pain when going to the toilet, pelvic pain or blood in the urine when on their period during the pandemic, according to a survey carried out on behalf of King Edward VII’s Hospital.

Endometriosis is the second most common gynaecological condition in the UK. It affects between two and 10 out of 100 women.2 But during the pandemic only one in four (24%) with potential symptoms have sought medical help, for some, potentially adding as much as a year to already long diagnosis times.3

The main barriers to seeking help include concerns about the safety of in-person appointments (51%) and assuming that help won’t be available due to Covid (44%).

Sadly, over half (56%) have already given up on getting the treatment they need, worrying about wasting the doctor’s time. A similar number (49%) think ‘nothing can be done’ and four in 10 don’t feel they would be able to explain their symptoms properly.

As a result, women with potential symptoms have resorted to home remedies including herbal teas, meditation, pelvic massages or cutting out certain foods, as well asking friends and family members for advice, or trying to self-treat using Google.4

But these symptoms are having a serious impact on women’s lives. One in four (25%) say their symptoms have left them with poor mental health, and for almost seven in 10 their pain stops them from living their day to day lives. For one in 10, their symptoms have caused issues in their relationship.

More than half the women surveyed had taken time off work due to potential endometriosis symptoms – an average of 5.5 days off each.

Mr Alfred Cutner, Consultant Gynaecologist at King Edward VII’s Hospital and head of the KEVII Endometriosis Centre said: “It’s worrying to see that so many women feel that they aren’t able to get help for these sorts of symptoms, despite the huge impact on their day to day lives. On average it can take women over seven years to get a diagnosis. The pandemic may have increased waiting times to be investigated and treated.

“It can be difficult to know when to seek help, as many women put up with period pain throughout their lives, and for some, unfortunately this is a normal part of their cycle. But for women who experience symptoms such as severe period pain, painful sexual intercourse or painful bowel movements along with difficulty getting pregnant, which is impacting on their quality of life, treatment options are available, regardless of the pandemic.”

Research conducted by Opinium Research in February 2021 among 1,023 UK women aged 18+, and 551 women aged 18-50. Weighted to be nationally representative.