Miss Judith Hunter (Jude) is a Consultant Plastic and Reconstructive Surgeon with an NHS practice at Imperial College (Charing Cross Hospital) since 2015. She is also part of a network of consultants for Skin Health UK. She trained for over 12 years in plastic surgery in Cambridge, London, Swansea and Australia before becoming a Consultant.

This included two years of research utilising new technology for early skin cancer diagnosis at the University of Cambridge, culminating in an MD Research degree, and nearly three years of focussed training as a fellow in microsurgery both in London and Australia. She was awarded the FRCS (Plast) examination in 2011 and has been on the GMC specialist register for plastic surgery in the UK since 2013. She is a member of BAPRAS and on the council of the RSM Plastic Surgery section. She was originally a Cambridge graduate, achieving a first class degree.

From the academic perspective, not only does she have an MD research degree, but has over 25 scientific papers in peer reviewed journals and has presented widely at national and international meetings. She has a strong teaching interest, being faculty on the MS oncoplastics course run at the University of East Anglia, having set up a microsurgery simulation lab in her current post, being a judge at a national core training surgical simulation competition, faculty of the Imperial FRCS (Plast) viva course and has run the Imperial Cadaveric flap course since 2017.

She mainly performs microsurgical breast reconstruction using DIEP and TUG flaps (performing over 50 of these cases annually) as well as breast symmetrisation, reduction, augmentation, body contouring and the LYMPHA technique for lymphoedema. She is also on call for the major trauma centre at St Mary’s, providing plastic surgery support for hand and lower limb cases.

From the management perspective, she has set up a new spoke clinic at Northwick Park Hospital, which strengthens the links with the breast surgeons there, so that the pathway for patients from that geographical area is made smoother. In 2020, she has formalised and co-chairs the Imperial/NW London Oncoplastic Breast MDT. She very much enjoys guiding her patients through their breast reconstruction journey and is well known for her attention to detail, caring attitude and positive outlook. 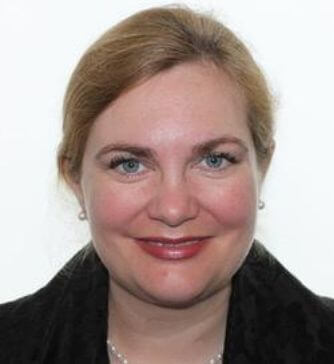