He was appointed as Consultant in Upper GI Medicine and Physiology at UCLH in 2014 and is the Upper GI Physiology Lead. He also holds an Honorary Clinical Senior Lecturer position at University College London.

Rami Sweis’ research is primarily focused on trying to advance the methodology and utility of the technology used to investigate reflux and swallowing disorders, including catheter/wireless (Bravo) pH-monitoring, High Resolution Manometry, Endoscopy and Barium swallow. He continues to publish and collaborate with fellow experts and esophageal units nationally and internationally. He is currently PI in the UK (central site Leuven) of a multi-centre randomised trial comparing POEM with pneumatic dilatation.

He is an active member of the international High Resolution Manometry Working Group, which is responsible for classifying esophageal disorders including the Chicago Classification. He is also a member of the Neurogastroenterology & Motility Committee of the British Society of Gastroenterology and has recently become President of the Association of GI Physiologists (AGIP).

Rami Sweis is actively involved in improving training and Upper GI physiology. He regularly organises and chairs Upper GI Symposia and Hands-on Training in Upper GI physiology in the UK (through AGIP, NGM and at UCLH) and through other societies abroad. 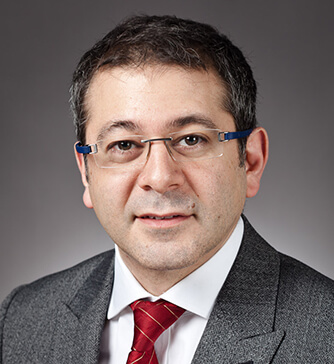